Astro-Slug is a 2d side-scrolling shooter about a slug space pirate that pillages and destroys spaceships belonging the the Intergalactic Confederation of United Peoples.  In the game, you play as the titular slug Ray Meynolds. 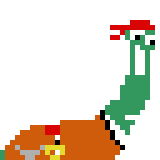 After fighting on the side of the Interplanetary Confederation of United Peoples (ICUP) in the Scarab Wars, Ral returned to his home planet in the outer rim.  His home planet, however, was given to the Scarabs as a result of the war.  Ral became acquainted with some Scarabs and realized that the ICUP had done them a terrible injustice.  Vowing revenge for his new friends, Ral became a space pirate.  He now spends his days capturing and pillaging ICUP ships, bringing back his treasure to help the impoverished citizens of his planet.

The Drex are humanoid cyborgs that usually act as guards for the ICUP. 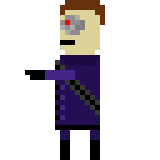 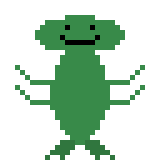 The Frugi are traders.  They may seem peaceful at first, but they will do anything to protect their wares.

The Tresni have very good engineering abilities.  They are known for being able to make and fix machines faster than any human, as well as being very productive miners.  Like the Frugi, they are a peaceful race.  Be cautious, however, for they are very defensive. 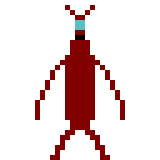 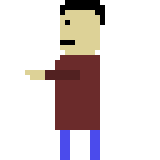 The humans control the ICUP.  Originating from Earth, they act as the discoverers of the universe and masters of government.  Most peoples are able to stand the humans’ egotism, but the races that don’t inevitably engage in war.

Found a bug? Tell me about it.